What do we mean by a farmhouse brewery?

We’re back with blog post number two! You have probably heard the term farmhouse brewery before. But what does it actually mean? A frequent question we get, when we tell people this is what we are working on, is if we are going to grow our own hops. It’s a good question as a lot of breweries that are on a farm do grow their own hops. However, there are other ways to be a farm brewery.

To us, Farmhouse style brewing is about taking readily available, local, ingredients with which to brew beer.

If we look back in time, to the old-world breweries of North-Western Europe, it becomes clear why beer was so important. At this time water quality was quite poor and people needed an alternative. This also ties into the monastic tradition of brewing, as communities, where their local monks brewed beer, saw a lot less sickness. This was due to the boiling, and therefore sterilizing aspect, of the brewing process. The one problem with the early brewing process, however, was that beer did not keep long. This meant that beer could not travel very far and when it did it would be sour by the time it got where it was going. There needed to be local breweries to supply various communities with fresh product. This would change with the introduction of hops, but at this time a variety of herbs rather than hop were used as bittering and flavouring agents in beer (I know, beer without hops? What?! We will get into that another time!). With the advancements in brewing, some local traditions were lost but two main styles from this area survived.

Two of the most well know farmhouse ale styles are the Belgian Saison and the French Bière de Garde. Though quite similar, they both have their own unique characteristics. The term Saison is the French word for ‘season’. A very accurate name, because it was a seasonally produced beer. Bière the Garde roughly translates to ‘beer for keeping’. Again, a very on the nose name, because it would be stored for a significant amount of time before it was consumed.

Farms at this time, same as today, had their busiest time of the year during the spring, summer, and fall when sowing, tending, and harvesting crops. The larger the farm the more hands were required to work the fields. But what did all these people have to do during the winter? There was no snowbirding to the south of France at this point. So, they brewed beer instead. Using the farm-fresh excess grains that were grown during the previous season, and locally available herbs and spices, they spent the reasonably mild, early winter months producing beer to be stored and kept till the warmer months, as a safe and even nutritious alternative to the often illness-inducing water. 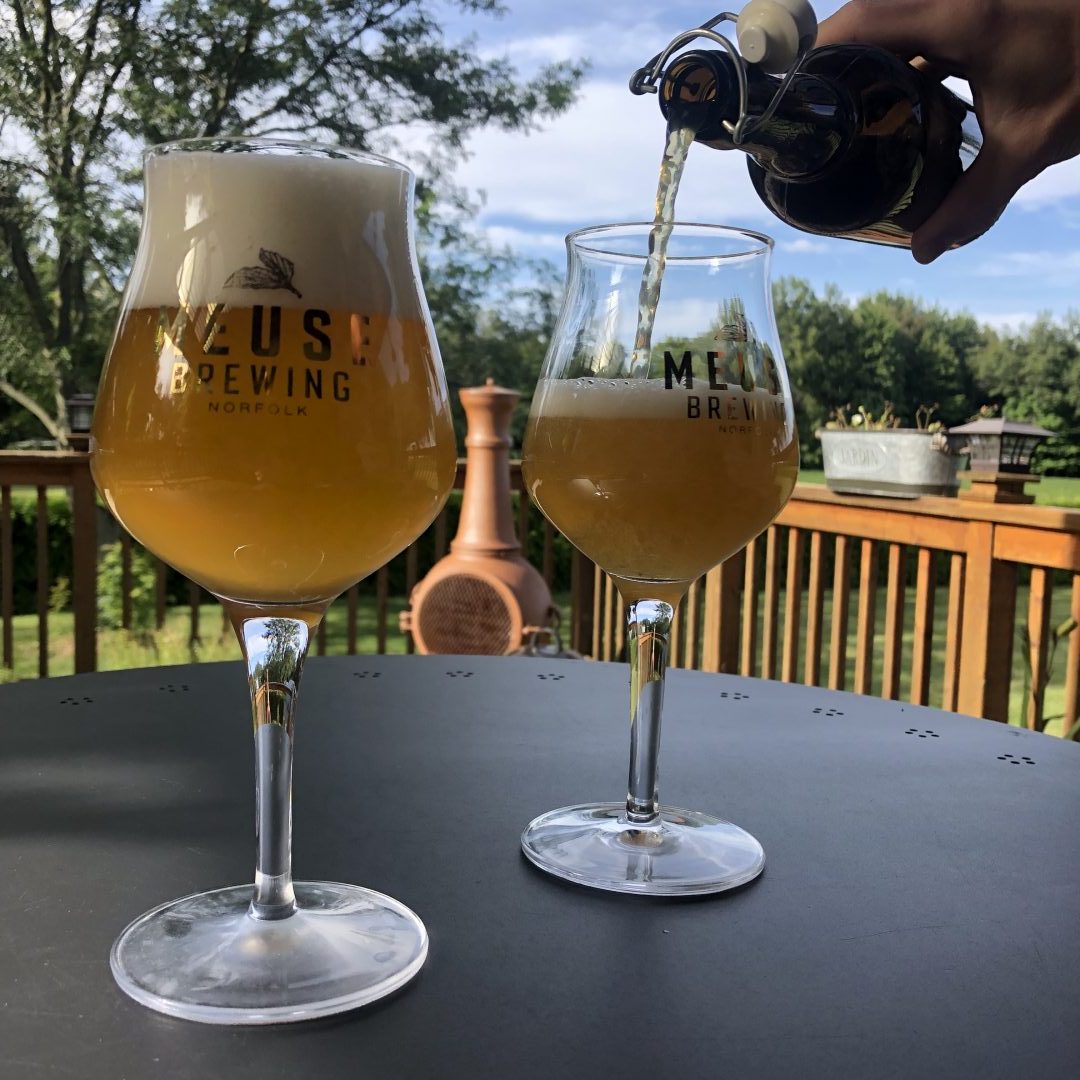 Find out more about what we grow on our farm.

Now I know what you’re thinking. Didn’t I say that beer didn’t keep well and that’s why there were so many local breweries? So that they could have ‘fresh’ beer? So why are you now saying they would store this beer for half a year or more to consume later?

Good question! When talking about beer not traveling well, this applied to all beer-producing regions at this time, from France and Belgium to England and Germany, and beyond. When Discussing Saisons and Bière de Garde specifically, these beers naturally soured. And this was okay. These styles have changed over the course of time with the developments in brewing processes and equipment. Though at that time, the beer was brewed during the winter months, stored in wooden barrels, and let sit till spring, summer, and fall. This manner of brewing allowed for multi-strain fermentation, making for some complex beers.

Farmers realized that beer that had to be stored until the next fall could be kept more stable with increasing gravity (translating to the alcoholic strength of the beer) or hop rates. Bière de Garde is one of such beers, brewed to be stronger in order to hold up to a longer aging period.

Bière de Mars, on the other hand, was brewed at the start of the brewing season, in December/January, using the freshest ingredients from recent harvests. This was a lower gravity beer that would be fermented cold and stored for a relatively short time, to be consumed in March. Hence, the name, which roughly translates to March Beer.

Taking a closer look at the ingredients used, there really isn’t a ‘right’ way to make one of these beers as long as the general description fits. Farmhouse brewers were limited to what they had readily available to them. This meant that they had to use the grains they grew and the hops and herbs that were locally available or grown on the farm as well. A real sense of terroir is formed in these beers, something that wine aficionados will be interested to note. From using water imprinted by the local water table, to locally grown grains and hops, and adding herbs or other adjuncts that the region provides. These beers were meant to be truly local, and this is what makes farmhouse beers so much fun.

To us, Farmhouse style brewing is about taking readily available, local, ingredients with which to brew beer. Whether we are taking more traditional approaches, such as letting wild yeasts and microbes ferment our beers, or brewing with more modern practices, such as using a cultured house strain, the farmhouse method allows us to explore all our sources of inspiration. This is where we will start our journey. Looking for locally grown grains and hops where possible, and sourcing adjuncts from our own farm. We’re excited to learn more about the terroir that our little farm in Norfolk County will give to our beer! This is our Meuse, what’s yours?